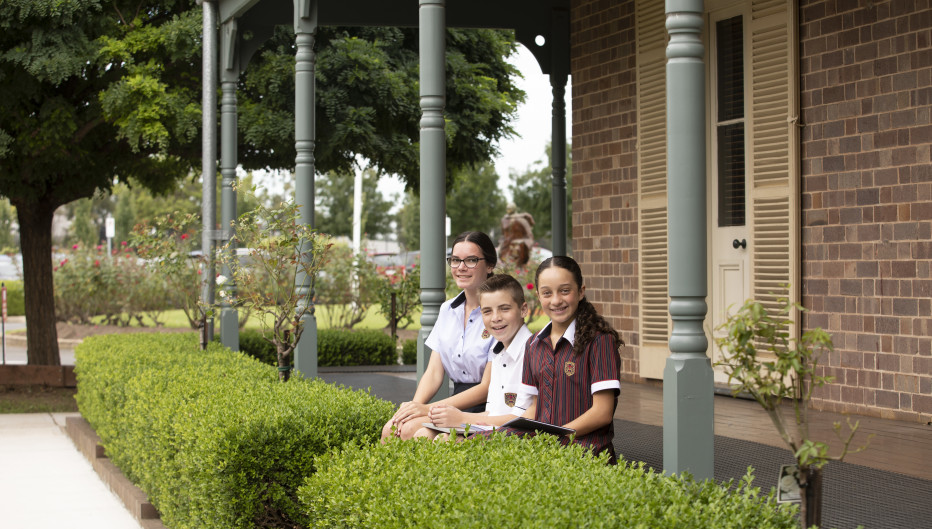 Magdalene Catholic College is a systemic Catholic high school established by the Diocese of Wollongong in 1999 to serve the Parishes of the western Macarthur Region, specifically Camden, Narellan, Mt Annan and The Oaks.

Magdalene commenced its first year in temporary accommodation on the Mater Dei site near Camden with an initial intake of 90 students and 7 teaching staff.  In the same year, the Diocese purchased the 10-hectare parcel of land from the Patrician Brothers on which the school is now located.  The site was previously used as a novitiate and retreat centre.

In 2000 the school moved to the new site and in that year occupied existing buildings whilst construction of the permanent school buildings commenced.  In 2001 the school moved into its first permanent buildings.  Each year the school continued to expand with a new intake of Year 7 students and additional construction to house the growing population.  In all, five construction stages were undertaken, the fifth and final stage was completed in 2004 which also was the year that our first Year 12 cohort sat the HSC examinations.

Magdalene currently has an annual Year 7 intake of 210 students (7 streams).